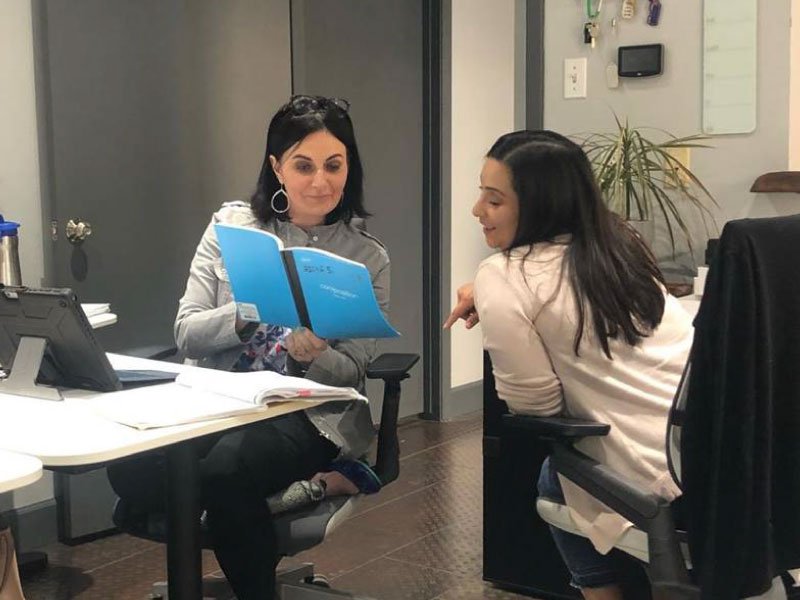 It’s hard to avoid right now – you can feel politics in the air, I think. It’s all over the news, on our minds, and everywhere we look. Presidential elections tend to have that impact, but this one in particular has reached new levels of presence in our minds and our lives.

Perhaps this would have been a useful post months ago when we were focused on the issues prior to the election, but then again, here we are almost a week later and it seems that people are talking more about politics now than before the election. Should we be talking politics at work?

Political conversations are understandable. Regardless of what side you’re on, there are feelings about how the election went, concerns about policies going forward, and opinions of every kind. I have heard a lot of conversations about politics at clients’ workplaces recently and I started to think about whether the workplace is the right place for such discussions.

I don’t think talking about politics is a bad thing. I think the problem is that it’s such a personal topic. It’s an easy way to hurt feelings, marginalize employees or coworkers, and an opportunity to say something stupid. Maybe the topic isn’t the problem – the way we engage in those conversations might be.

I’ve worked for people before who seem to wholeheartedly believe that their opinion is the only opinion. I’ve been asked to work campaigns, represent the company at political events, and had to sit through countless rants about the opposing party or candidate – all related to political agendas and parties with which I did not agree. It was uncomfortable and stressful and I hated that part of the job. I did at one point (actually several points) state my case, but it was to no avail and I was early enough in my career that I was more concerned about keeping a job that I otherwise liked than I was about my personal stress level and comfort. It made for a challenging work environment and I resented the constant barrage of political messages there (at that particular job, politics seemed like a year-round discussion). I haven’t worked there in a long time, and during this election I felt very glad.

When I sat down to write this, I was thinking about that experience and how negatively the seeming lack of regard for different opinions affected me, my attitude and sometimes my work. I was thinking that I would write about how the workplace is simply not an appropriate place to talk politics. As I think about it, though, that might be the wrong answer. We keep shushing it. We’re not supposed to have opinions for fear of offending someone. We’re not supposed to talk about politics or race or religion or other “uncomfortable” topics at work. But we spend most of our waking hours at work. At work, we may be in the most diverse group of people we experience on any given day. Perhaps at work we have the most opportunity to look at things critically and at least understand our environment a bit more.

We have an elephant and a donkey in the room and we’re pretending it doesn’t stink. We’re looking the other way when we should be poking around at them and asking questions about what they are doing there and how they got there and what they mean. Most political conversations I’ve observed recently are simply focused on one person trying to impose an opinion on another. Then there are those that latch on to whatever the internet told them that morning and spread it as if it’s the uncontested truth (because the internet can’t lie). Neither conversation serves any real purpose, and those are the conversations that I was really thinking about when I started writing this. If that’s how you talk politics,  having those conversations at work is inappropriate.

On the other hand, if we can have conversations that help us understand each other, why shouldn’t we talk politics? If we can be open-minded, good listeners, and critical thinkers, talk away. Ask questions, create opportunities for analysis, and don’t simply shut someone down because they think differently than you do. That could be a great conversation. It’s probably a conversation our country needs right now, and I think we shouldn’t be so scared to have those conversations at work. It doesn’t mean that we will change our minds or views, but if we were able to have a conversation where we could genuinely ask things like, “why do you think that?” or “how do you know that’s true?”  we might at least learn something – or at least be able to respectfully disagree rather than just disagree.